Johannes Schneider (abt 1819 in Germany - 1907 in Ohio USA), my third great-grandfather


I don’t know enough about my third great-grandfather to write my normal profile on him. This post is to set out what I think I know so far, and indicate areas I need to explore later.

But this theory contradicts the notes written by my great-grandmother on her husband’s grandparents that I was given by my mother (however, those family notes have not proven to be entirely accurate during the course of my research). The notes state that John Snyder was born close to “Stutgard” Germany, then settled in Forest (a village falling across the Hardin County and Wyandot County line, in Ohio) after coming from Pennsylvania, and that he had brown hair and a very high forehead. Stuttgart (today) is the capital and largest city of the German state of Baden-Württemberg, about 110 miles from Nieder Beerbach, Mühltal, Odenwald, Hesse, Germany.

I looked for a birth record for Johannes Schneider in Baden-Wurttemberg in the general time frame. There are a lot of Johannes Schneiders, but none born on 9 November. (I know to not necessarily rely on the date but I’ve nothing else to distinguish them by at the moment.) 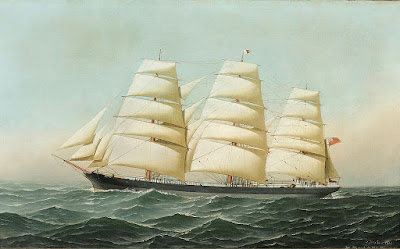 In or about 1850, he moved with his wife Margaretha Pink** Schneider and infant daughter Mary, to the United States of America. I’ve had conversations via Ancestry messaging with a man who told me that Margarethe was Johannes’ second wife and that his first wife, who had died, was Margarethe’s sister, and that both marriages occurred in Frankenhausen, Hesse-Darmstadt, Germany. I’ve not been able to confirm or deny that yet (continuing to try).  If true, he may have had more children than those I know about.

The Hessen Archives has an online database listing those who emigrated from Hesse; it indicates that Johannes Schneider (Fethe-Peters) of Frankenhausen born in 1819, emigrated in 1863 with his wife Pink (citing “Source: sic. Mertz, Dr. Wendel: Heimatbuch Frankenhausen 1955, p. 29” – I’ve tried to find a copy of the book but no luck so far).  It confirms their marriage and his wife’s last name, but is problematic in that it shows them emigrating in 1863,  13 years after Johannes he indicated he did in the 1900 census (he said he arrived in 1850 – though in the same Census his daughter Mary said she arrived in the U.S. in 1852).  His daughter Dena's obituary also stated that her parents came from Germany in 1850.

Johannes and his wife show up in the church records for the Second Evangelical Lutheran Church in Chambersburg PA in for the 1 February 1851 birth of a son, Jacob, who was baptized on 20 August 1851 – this is the first and last time I’ve found anything mentioning Jacob. Those church records also show the birth of their son Johannes (later ‘John’), my second great-grandfather, on 15 August 1854 and his baptism on 3 November 1854.

Johannes’ and Margaretha’s daughter Dena was born between the two above in Pennsylvania on 28 July 1852, according to her obituary.

By 1859, Johannes and Margaretha had moved to Ohio and their next four (or six) children were born there; the 1870 census lists an eleven year old daughter Margaret born in Ohio. I haven’t been able to find them in an 1860 census.  [Although some others’ trees for my third-great-grandfather cite to a Montgomery County Civil War draft registration in 1863, for John Snyder, I don’t think that’s my ancestor because later censuses show a John Snyder in a Veterans home in Montgomery County Ohio, at the same time I know my ancestor is in Hardin County Ohio. I think it’s logical that the 1863 John Snyder in the draft registration is the same one that is in the Veterans home in the same county later, and thus not mine as I haven’t found any other ancestors in Montgomery County, Ohio, on my Mom’s side of the family.]

In 1870, the couple lived in Delaware Township, Hancock County Ohio, and had anglicized their names. John Snider, a farmer, was 52 and Margaret was 45; their children “Dema” ([sic] 16), John (13), Margret (11), Eliza (9), Ben (7), and Charlie (5) were also in the home. Mary had married Frederick Stumpp the year before (see her story HERE.).   It’s possible they moved there because they already had relatives or former neighbors there as there were a number of German immigrants from the Odenwald in the county (the Odenwald is a low mountain range in the German states of Hesse, Bavaria and Baden-Württemberg). A county land ownership map for 1879 showed John Snyder owned a farm in Wyandot County, across the street from that owned by their daughter Mary and her husband, Frederick Stumpp.  But the 1880 census shows the family was again living in Delaware Township in Hancock County (next door to Wyandot County). John was 63 and listed his trade as “Pump making”; Margaret was 55, and had ague. The children who remained at home were Lizza (19), Benjamin (17), and Charley (15). The non-population schedule of the 1880 census shows that John Snyder, sr. also owned a 124 acre farm  in Delaware Township in Hancock County, Ohio, (92 acres tilled and 32 acres woodland),  worth $4500 for the land, $800 for the tools, and $600 in livestock. He mostly grew corn and wheat, and had 15 pigs 45 chickens, and 25 other fowl. He also grew grapes and made 145 gallons of wine that year. He must’ve also had bees because he produced 390 pounds of honey. [I wonder if he made mead? (Honey wine.)]

John Snyder died on 17 November 1907.  His obituary read:
DEATH OF JOHN SNYDER
John Snyder died at the home of his son-in-law and daughter, Mr. and Mrs. Amos Bues, three and one half miles southwest of Kirby, in Jackson Township, Sunday afternoon, at 1:30 o’clock. Death was caused from paralysis, with which he had been ill for two weeks.
Mr. Snyder was a little more than 94 years of age, having been born in Germany, November 9, 1813. Mrs. Snyder died 17 years ago last May. Five children survive him. They are: John Snyder, of Findlay; Ben, of Napoleon; Mary, wife of Daniel Kachley, of North of Wharton; Lizzie, wife of George Hines, of East of Forest, and Dena, wife of Amos Bues.
The funeral occurred Monday afternoon, at 2 o’clock, from the Bues home and was conducted by Rev. DC Garrison, of Forest. Music was furnished by the Shiloh choir. The pallbearers were six grandsons, John, Albert and Earl Bues, Clevy and Maxie Hines and Ralph Snyder. Burial was made in the Jackson Center cemetery.

Jacob, born 1 February 1851 in Chambersburg, PA. I don’t know anything more about him.

They may have had other children. A biography of their daughter Lizzie’s husband, George H. Hines, in The History of Wyandot County (published in 1884) says of his wife’s family: “He was married on July 14, 1881, to Miss Lizzie Snider, daughter of John and Margaret (Pink) Snider, both born in Germany. In this family were nine children, six now living, viz.: Mary, Lena, John, Lizzie, Bergaman and Charley. The deceased are Bellvy, George, and Margaret.” (I think that Lena was a misspelling of Dena, and that Bergaman should be Benjamin.)

**there have been questions about Margaretha Pink’s name in the various family trees by people I know are family members, based on notes passed down in the family from my great-grandmother or on newspaper articles; I will discuss that in my post on Margarethe Pink. Other names used in other trees are Hannah Pink or Hannah Pinkstein or Malissa Penk (which necessarily lead to different people).


I have not written anything recently because I don’t know what to write. I’ve been having real problems with my genealogy research this summer. I previously explained my problems with the research into Mariah Williams Bailey Huber in a post in April. Then I moved on to my mother’s Schneider roots. There are a lot of Snyder’s/Schneider’s in her family, as at the level of my second great-grandparents John Snyder/Schneider married Katherine Snyder/Schneider (as far as I can tell at this point, two different Schneider family lines joining). I have an old hand-drawn family tree of names & relationships, which has proven to be about 85% accurate, which goes to my third great-grandparents level in the Snyder families; it stops where I am stuck. It is at the point of my second great-grands and third great-grands that the Schneider’s emigrated from the Germanic states (pre-Germany) to the USA. I have been having a great deal of difficulty trying to find anything on their emigration and on their life before reaching the United States. It doesn’t help that Schneider is a fairly common name. I am finding records, but I can’t tell if they belong to my people.

It’s gotten to the point where I have determined that I either need to pay a German genealogist to look into this or take some courses in German genealogy and perhaps learn German. I priced hiring German genealogists and determined that that is not on the current budgetary horizon. (It’s not that I think that they are overpriced. Apparently, it is standard to buy a chunk of hours’ worth of work [20, 40, 120] for a set price, and while that price was initially a bit breathtaking, once I divided it by the number of hours I realized it’s really quite reasonable for the expertise needed and work involved. It’s just not something I can consider until possibly spring, or later.) And, I don’t have the time to take webinars or classes in German genealogy, and German, for at least three years.

However, I have found it psychologically difficult to move on without writing without writing a blog post on them. Apparently, my mind and gut have been convinced over the years of doing the research and writing this blog, that when I have completed what I’m able to do on a given ancestor at that point in time, I write a blog post before moving on to whichever line I choose to explore next. The blog posts I normally do on ancestors situate them in the historical context in which they lived and involve a decent amount of contextual research to do so (in my head I call them “ancestor profiles”). The problem is, I don’t know enough about the Schneider’s to do that – hence the writer’s block. But I have to do something so I can get my head to move on (I’m tired of nights of only 4 hours of sleep in which I find nothing helpful). So I have decided to write a few posts that I will deem “status reports,” writing about what I do know about the ancestor and/or family I’m stuck on, and, where there are differing indications that I’ve seen in other’s trees explain why I have not accepted those points (… yet). I’m hoping that those sort of posts will serve two purposes: (1) allow me to let go and move on to research another line, and, (2) perhaps attract the attention of a “cousin” I may not have met yet who has more information than I have, or different family stories that might point to more clues, who is willing to help me get further back on these lines.
Posted by Jo Henn at 3:14 PM 4 comments: