I knew that white women first got the right to vote, across the U.S.A., in 1920. But then, maybe because of the genealogy, I got to wondering what that meant in my family. Who were the first women in my family who could vote?

So I checked (click on their names to be taken to their life story posts).

In Lapeer and Sanilac counties, Michigan, Election Day 1920 dawned cold and clear, but with the threat of the first snowstorm of the year. According to local newspapers, in the morning hours to noon, women showed up to vote in double the numbers of the men.

On my Dad’s side, three generations of women were alive and eligible to vote for the first time.  I was astonished to realize that my grandma was one of them. The others died before I was born and I didn’t know them.

On Election Day, November 2, 1920, the first election in which women could legally vote nationwide:

My great-grandma, Myrtie Wilcox Henn was 40 (1879-1953). She had eight children and lived in Burnside, Michigan with her husband.

In Hancock County, Ohio, Election Day 1920 was cold and very rainy. Despite this, women were lined up outside the polls in many cities in Ohio at the start of the day for the opportunity to vote for the first time. According to Ohio newspaper accounts, women were asked to vote between 9:00 AM and 4:00 PM in many localities (some limited them to 9:00 AM to noon) so as to not tie up the polls when the men were getting off work and coming to vote. In Ohio, the total number of women voters outnumbered the total of men voters in many precincts on that day.

On my Mom’s side, only two generations of women were alive to witness the first time women were allowed to vote.

My great-grandma, Fanny Hartman Hart Erwin was 48 (1872-1954). She was working as a live-in housekeeper for a man and his father in Pleasant, Ohio. Her two youngest daughters, one of whom was my grandmother, lived in the household with her and were listed as boarders on the census.  My grandmother, Mabel Erwin Snyder, was 10 on Election Day, which was too young to vote but she witnessed history being made.

My great-grandma, Pearl Pauline Bailey Snyder was 29 (1891-1978). She lived with her husband and five children in Findlay, Ohio.

It’s hard to believe that I knew two women who saw that day. I have honored the memory of those women who fought for my right to vote by voting in every election since I first became eligible to vote. 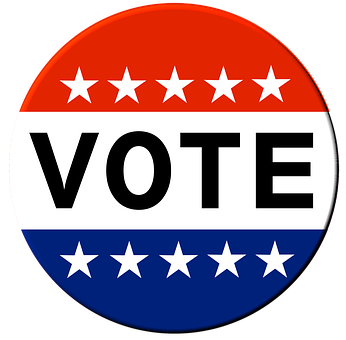